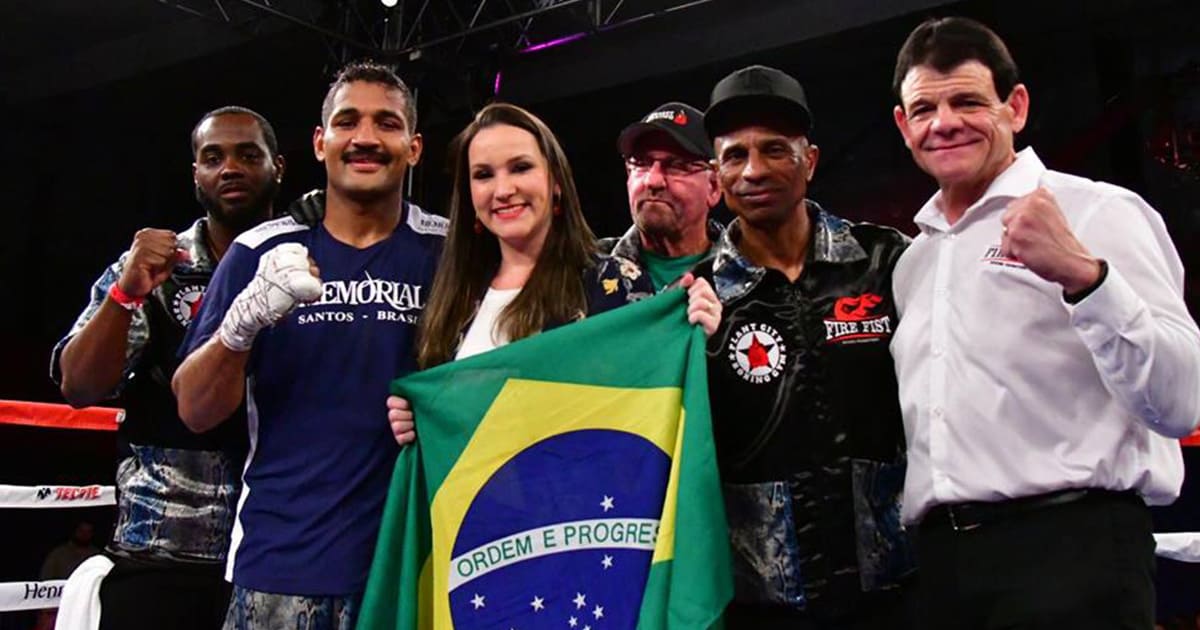 The bout took place Saturday, July 21 at the Hard Rock Hotel & Casino in Las Vegas just prior to an HBO world title doubleheader.

Representing his native Brazil but living and fighting out of Plant City, FL, Falcao got off to a quick start by dropping his Yucatan, Mexico based foe in the second round with a crisp two punch combo. Falcao, a skilled boxer-puncher, battled through a rough and often dirty fight featuring headbutts, low blows and excessive holding. Falcao and Espadas did have some solid exchanges with both men landing nice shots, though Falcao was the more consistent fighter.

In the 10th round, Falcao hurt his foe with a right hook and backed him up against the ropes but the game Espadas weathered the storm until the final bell.

“I’m happy to get the victory even though it was a complicated and frustrating fight,” said Falcao, who ended Espadas’ 8 fight win streak. “It felt like I had to fight the referee and the crowd too but getting the win is what matters most.”

Ready, willing and able to face any middleweight on the planet, Falcao’s hoping his next fight comes against one of the division’s best.

“We want a title fight and it doesn’t matter which champion. I know this wasn’t the prettiest fight but I’m 100 percent confident I’ve got the skills to challenge anybody willing to give me the opportunity.”

Jody Caliguire of Team Falcao was equally frustrated with the bout but is ready to put his fighter against anybody in the world.

“That was a frustrating bout with a lot of dirty tactics. With Espadas out of the way, we’ve got our sights set on the best opponents we can face. Yamaguchi was prepared to face Demetrius Andrade before his situation and nobody else wanted to fight him so that should tell you how serious Team Falcao is. I’ve heard David Lemieux, a fighter we were in camp with last year, is going to be on the Canelo-Golovkin undercard in September and we’d gladly face him.”