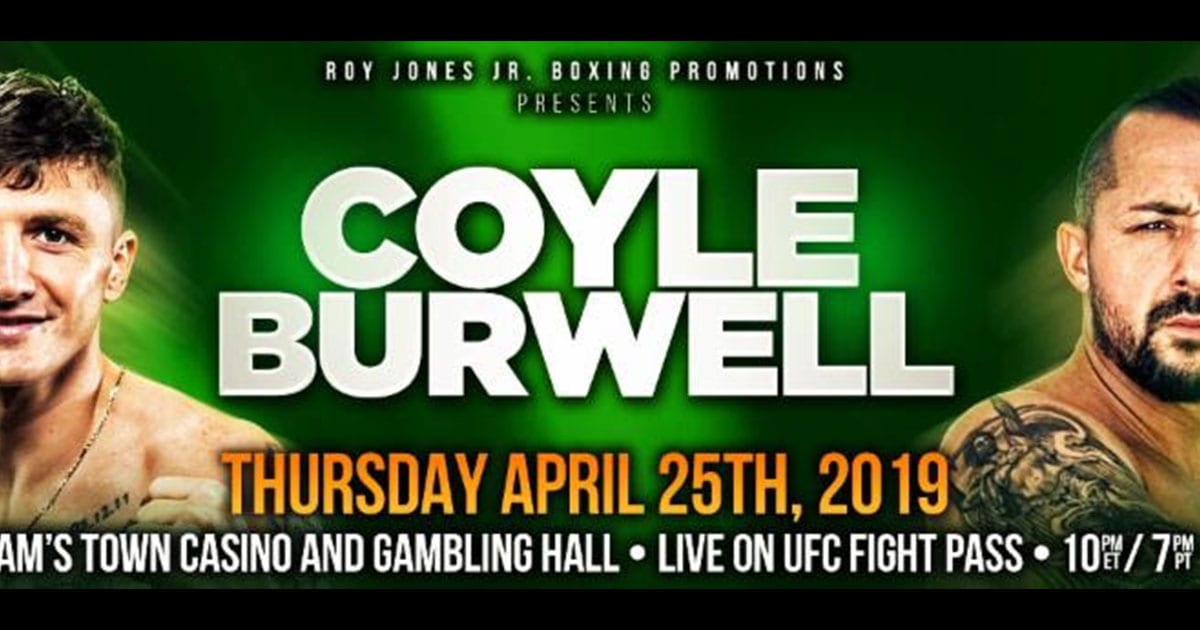 Coyle (9-0, 3 KOs), who travels from Derry, Northern Ireland to America to finish training camp for every fight, headlined an RJJ Boxing on FIGHT PASS main event fight this past February in Saint Petersburg, Florida. His impressive eight-round decision over 19-4 Travis Scott led to RJJ Boxing signing its first Irish fighter. Coyle is matched against Robert Burwell (8-2, 3 KOs), fighting out of Orlando (FL)

Coyle vs. Burwell, promoted by Roy Jones Jr. RJJ Boxing, will headline a card to be streamed live on UFC FIGHT PASS, starting at 10 p.m. ET / 7 p.m. PT. The show will be the fifth under a new agreement between Coyle’s, RJJ Boxing, and FIGHT PASS, to live stream up to 72 professional boxing events over the next three years.

“It is always exciting to be able to put on professional fights in my hometown, Las Vegas,” RJJ Boxing CEO/Co-founder Keith Veltre said. “It is an honor for Roy Jones Jr Boxing Promotions to showcase our newest addition to our stable, Connor Coyle, an exciting warrior who brings it all into the ring. He now gets to make his debut under the RJJ banner in the fight capital of the world.”

Fighters on the off-FIGHT Pass card include undefeated Miami bantamweight Rosalinda Rodriquez (9-0, 2 KOs) in an 8-rounder, and Mexican featherweight Ricardo Lucio Galvan (2-0), fighting out of Reno, NV, in a 4-round match.

All fights and fighters are subject to change.

ABOUT ROY JONES JR, BOXING PROMOTIONS: Co-founded in 2013 by 10-time world champion Roy Jones, Jr. and Keith Veltre, Roy Jones, Jr. (RJJ) Boxing Promotions is on its way to reinventing boxing. RJJ has already made a huge impact in the boxing community in a few short years. Creating exhilarating content for CBS Sports, Showtime, ESPN and beIN Sports in some of the finest venues across the country, RJJ has proven it is conquering the sweet science of the sport. 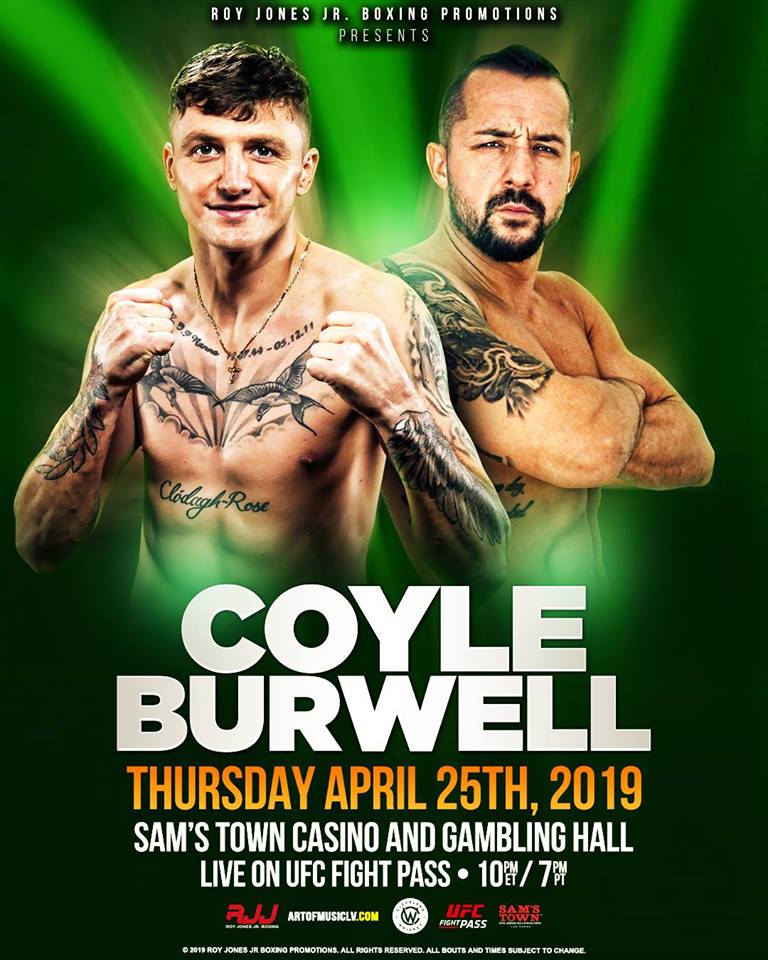