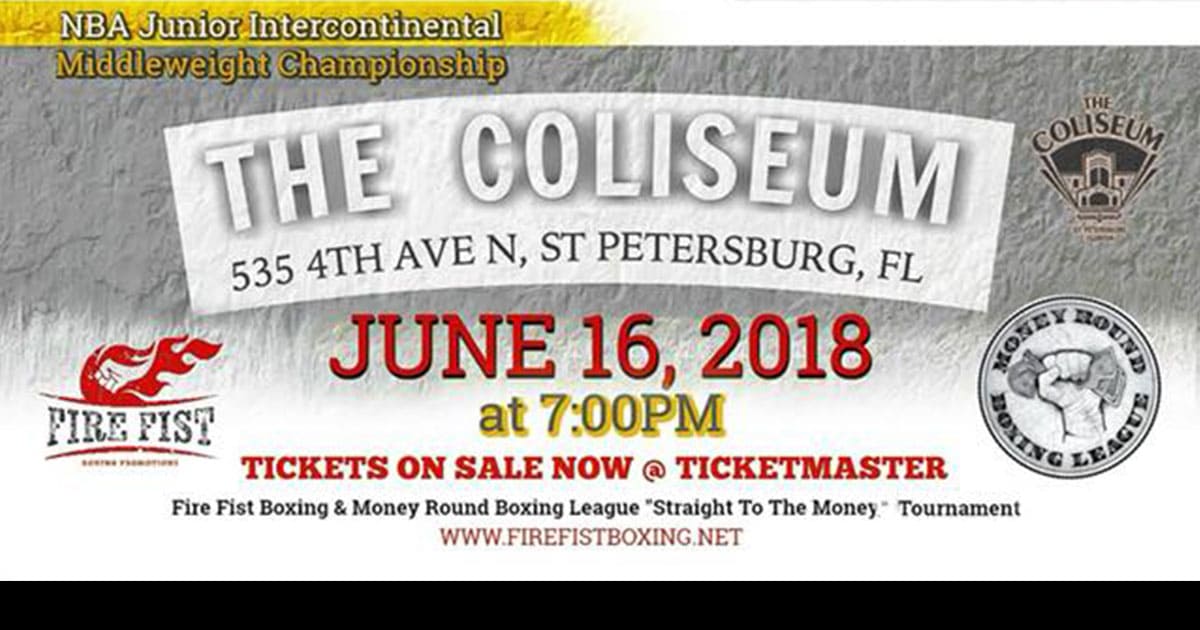 Tampa, FL (May 23, 2018) – Fire Fist Boxing Promotions is proud to announce two-time Olympic medalist Ivan Dychko will face former world title challenger Mike Marrone in an eight round heavyweight contest Saturday, June 16 at The Coliseum in St. Petersburg, FL.
Born in Kazakhstan and fighting out of Kissimmee, FL, Dychko was among the world’s top amateur boxers.

The 27-year-old captured a bronze medal at the 2012 and 2016 Olympic Games. In addition to his Olympic success, Dychko is a three-time medalist at the World Amateur Champions and medaled twice at the Asian Games. As a pro, the 6’9 Dychko’s 5-0 with all of his victories coming by knockout, 3 of which came in less than a round.

Born and raised in Vero Beach, FL, Marrone started his career 18-0. In 2011, Marrone move down in weight to challenge Guillermo Jones for the WBA cruiserweight title but was stopped in the sixth round. Having faced world champions and contenders in Jones, Shannon Briggs, Chazz Witherspoon, DaVarryl Williamson, Francesco Pianeta and Charles Martin, Marrone, 21-8 (15 KO’s), is by far Dychko’s most experienced foe.

“When I got the call about adding Dychko-Marrone to the card I was over the moon,” said Jody Caliguire of Fire Fist Boxing Promotions. “Ivan has all the tools to be a future heavyweight champion and had an incredible amateur career. Mike’s fought for the world title and faced many of the best plus he’s a fan favorite in Florida. Both men have something to prove in this fight and the fans are in for a real treat.”

This special evening of boxing is headlined by a ten round NBA middleweight championship showdown between unbeaten Connor Coyle, an Ireland-based Tampa transplant, against bitter rival Danny “El Bebo” Pastrana of Orlando, FL.

The co-main event pits popular Tampa native Nicholas Iannuzzi (19-4) against Vincent Miranda (17-2) in an eight round cruiserweight affair. Iannuzzi returned from a 3 ½ year layoff in March to knockout Lemarcus Tucker in three rounds. Miranda, who fights out of Atlanta, GA and is originally from Puerto Rico, has wins over former title challengers David Telesco and Brian Barbosa.

Tickets are on sale now at https://www1.ticketmaster.com/event/0D00548D9F1C967E. Fire Fist Boxing Promotions is also offering a special discount for all military members, ac