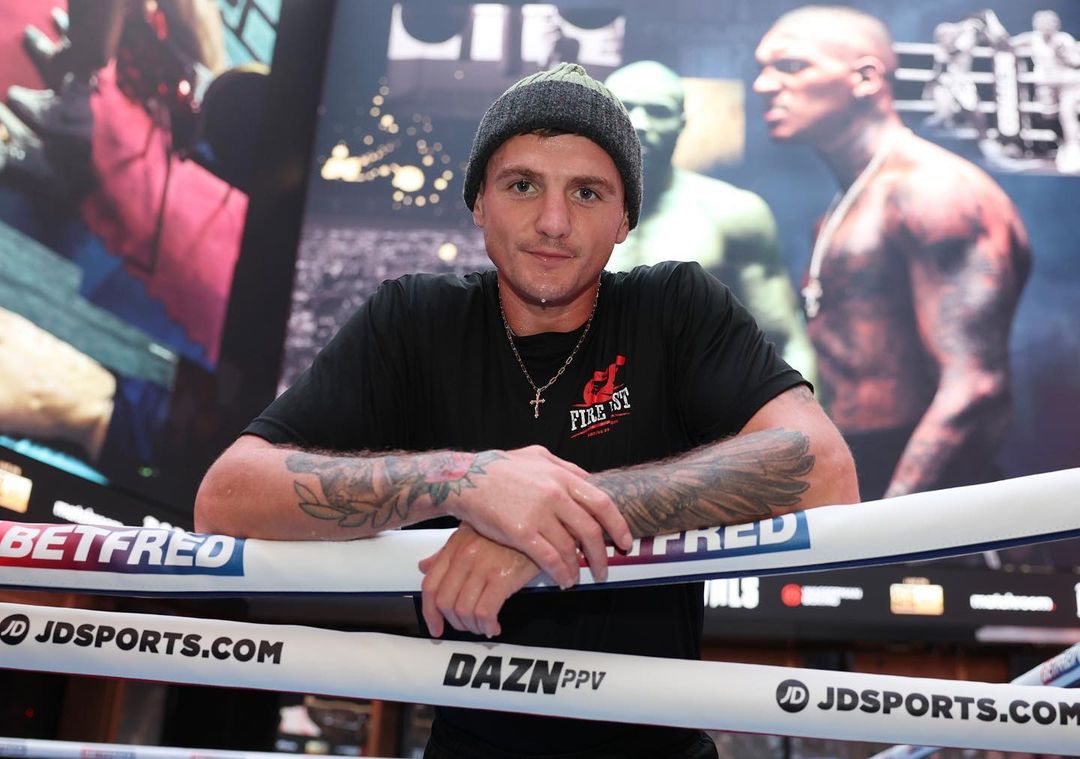 On Saturday October 8, Connor “The Kid” Coyle expected to be fighting a ten round contest against fellow unbeaten world rated middleweight Felix Cash at the O2 Arena in London.

Coyle-Cash was scheduled to be the co-main event to the Chris Eubank Jr.-Conor Benn matchup, which would air worldwide on DAZN. It was the biggest fight of Coyle’s career but one he was without question ready for.

A native of Northern Ireland, Coyle traveled more than 4000 miles to begin an intense training camp with head trainer Jim McLaughlin in Pinellas Park, FL. To ensure he was sharp as possible, Coyle fought on September 17. He won easily via eight round decision then continued preparing for Cash until the completion of his Camp September 30.

On October 2, Coyle, McLaughlin, promoter Jody Caliguire of Fire Fist Boxing Promotions and the rest of his team landed in London.

Mentally and physically, Coyle was prepared for the most important fight of his career. This was until shocking news sent everything into a tailspin.

On Wednesday, October 5, it was revealed that Conor Benn failed a drug test administered by the Voluntary Anti-Doping Agency (VADA). The banned substance, Clomiphene, is primarily recognized as a female fertility drug but can increase testosterone production and boost androgen, a male hormone that contributes to muscle mass.

Benn did however pass a separate test by the UK Anti-Doping Agency (UKAD) and all parties appeared ready to move forward. Ultimately, the British Boxing Board of Control (BBB of C) refused to sanction the fight, stating it was not in the sport’s best interest. On Thursday, October 6, Matchroom Boxing and Wasserman Boxing announced the cancellation of the entire event.

“This was a major disappointment for our team,” said Caliguire. “Connor Coyle made incredible sacrifices to be prepared as possible for Felix Cash on October 8. Conor Benn’s failed test ultimately led to the cancellation of the entire event. This impacted every other fighter and their teams that put in the hard work so they could perform at the highest level for such a big event. Team Coyle is hoping to reschedule the fight against Cash as soon as possible.”