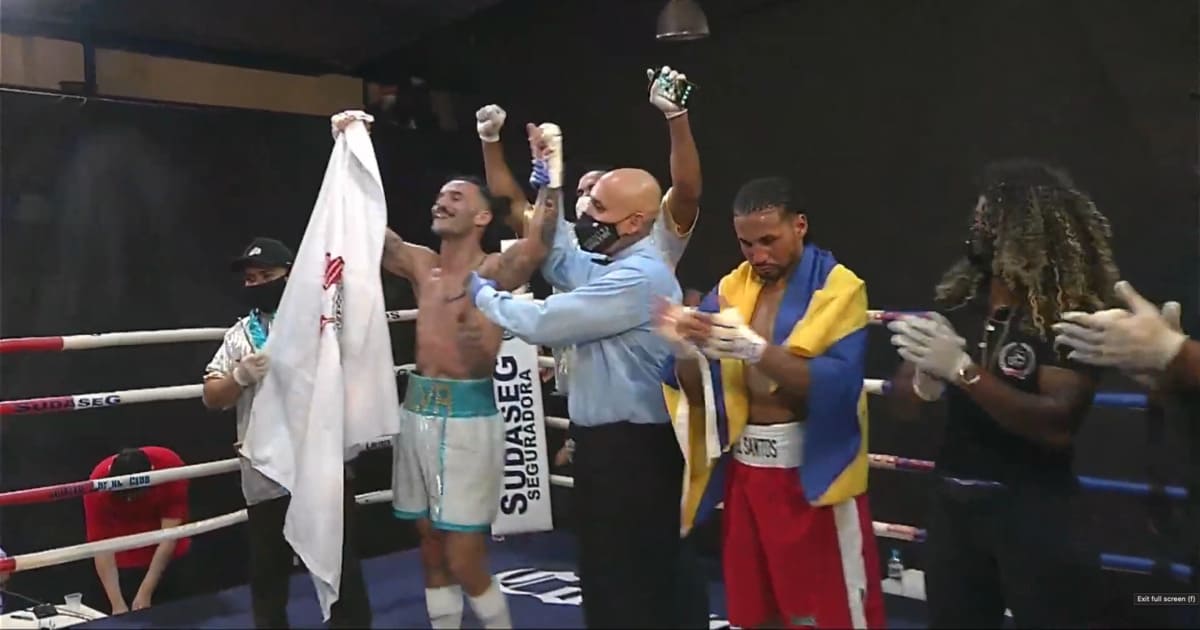 Co-Main: Willian Baby Face Silva
Silva provided explosive power in his eight-round fight. Knocked opponent down 4 times in the second round then with a thunderous barrage ended the fight with a devastating combination knockout.
Good win. This Lightweight 135 elite boxer is now being considered in a huge showdown in NY in September.