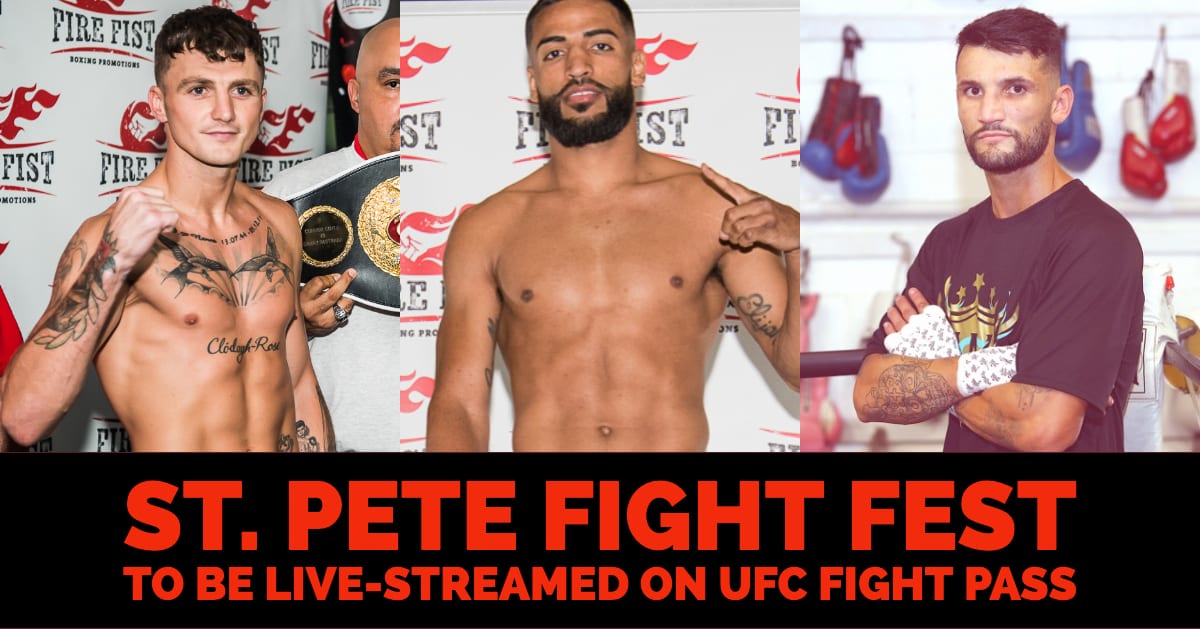 “I am super excited to be working with RJJ Boxing Promotions and UFC Fight Pass for our February 16th event,” Rite Hook Promotions president William Hunter said. “There are tons of talented fighters in the Tampa/St. Pete area along with loyal boxing fans. There are definitely some future world championship-caliber fighters on this event, male and female, who will showcase their talents in front of the world on February 16th.”

Undefeated middleweight prospect Connor “The Kid” Coyle (8-0, 3 KOs), fighting out of Derry, Northern Ireland, is slated to fight in his first scheduled 10-rounder in the co-featured event.

All fighters are subject to change. Opponents will soon be announced.

“St. Pete Fan Fest” will be the second event of the RJJ Boxing on UFC FIGHT PASS series. FIGHT PASS is a digital subscription service that is now available in more than 200 countries and territories. In 2019, FIGHT PASS will showcase more than 200 exclusive events featuring top promotions from around the world, providing fans with a front row seat to a broad spectrum of competitive fighting, including mixed martial arts, boxing, kickboxing, Muay Thai, individual and team submission grappling, and more.