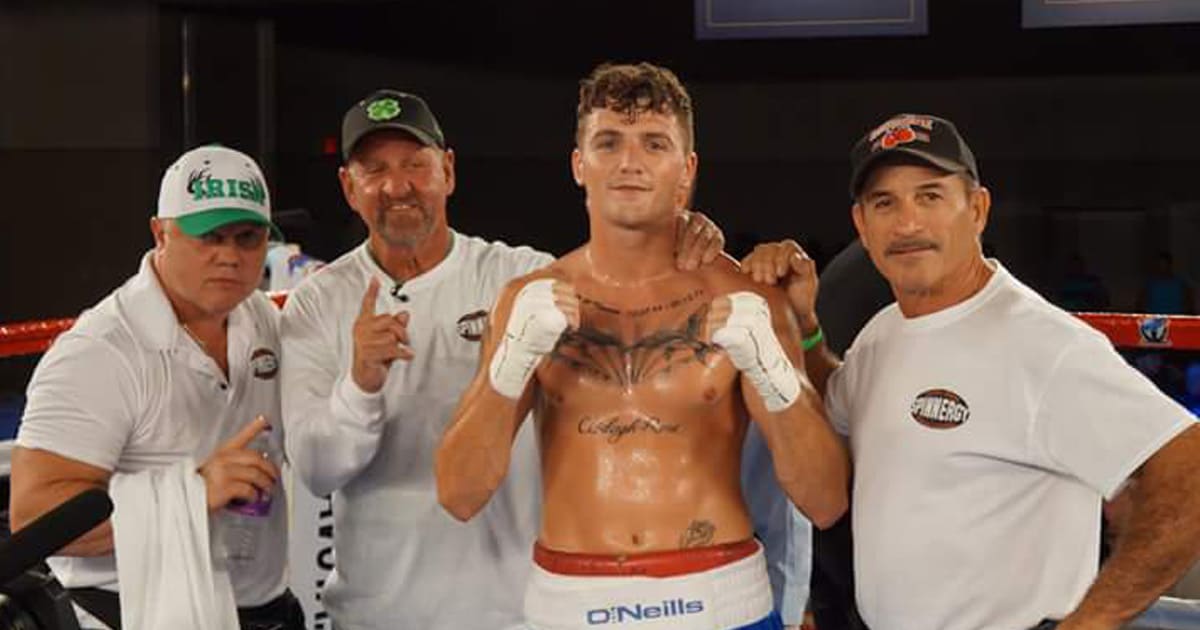 Tampa, FL (April 15, 2018) – Fire Fist Boxing Promotions will take over The Coliseum in St.
Petersburg when they present a 7 fight card Saturday, June 16.
This exciting evening is headlined by unbeaten middleweight Connor “The Kid” Coyle as he looks to capture his first championship when he meets Danny “El Bebo” Pastrana for the NBA Middleweight title.

One of Ireland’s top amateurs, Coyle captured a bronze medal at the 2014 Commonwealth Games. As a pro, the 27-year-old has a perfect 7-0 ledger with 2 wins by knockout. Representing his native Derry, Northern Ireland and his adopted hometown of Tampa, FL, Coyle’s two most recent victories came against previously unbeaten foes in Calvin Metcalf (6-0) and Joshua Maxwell (2-0).

Fighting out of Orlando, FL, Pastrana is 6-4 with 1 KO. Pastrana has wins over two previously unbeaten foes and lost a close decision against future world title contender Wilky Campfort. On June 16, Pastrana looks to upset the applecart by conquering Coyle.

Coyle-Pastrana is scheduled for ten rounds.

“We’ve had a great local response to this scheduled main event,” said Jody Caliguire of Fire Fist Boxing Promotions. “Danny came to our last fight card and we did two face-offs with Connor. There is definitely a lot of pride at stake and I have no question this will be an action-packed fight. Both men have strong crowd support and are coming into the fight with plenty of confidence but only one will go home as the new NBA champion.”

In the highly anticipated eight round co-feature, popular cruiserweight Nicholas “The Showstopper” Iannuzzi, 19-4 (11 KO’s) of Tampa meets Georgia-based Puerto Rican Vincent Miranda. Out of the ring for close to four years to help care for his special needs child, Iannuzzi made his emotional return March 3 and scored a dramatic third round knockout of Lemarcus Tucker. Miranda, 17-2 (9 KO’s), has a win over former NABO and USBA champion Brian Barbosa.

Junior middleweight Ali Tarah of St. Petersburg looks to end his career with a victory in his six round fight against West Palm Beach, FL’s Jose Cortes. A veteran of 31 professional fights, Tareh owns a gym and promotes fights under the Pahlavan Promotions banner.

In other bouts, Joseph Fernandez will face an opponent to be announced in a junior welterweight matchup, heavyweight Rodriguez Cade faces Nathaniel Copeland in a four rounder and junior lightweight Kendrick Thomas looks to win his pro debut when he squares off in a four round tilt with Patrick Gutierrez.