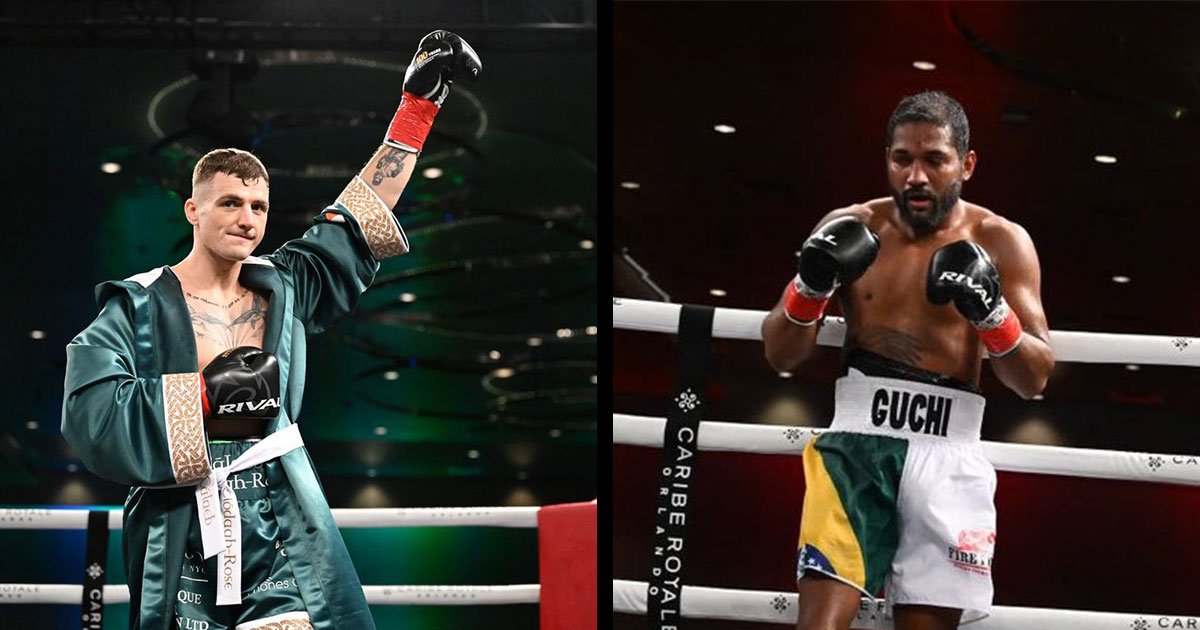 Falcao, a native Brazil who resides in Florida, fought aggressively from the opening bell. The 34-year-old southpaw tagged Amuzu with crisp combinations and scored a knockdown towards the end of the second round. Amuzu tried to work behind his jab and a high guard but was mostly unsuccessful. The WBC’s 8th rated contender, Falcao continued to dictate the fight with an impressive offensive arsenal and scored a second knockdown with a body shot in round seven.
Amuzu made it to his feet but was unable to continue.

The official time of stoppage was 49 seconds.

Residing in Derry Northern Ireland and training out of Pinellas Park, FL, Coyle battled veteran Sladan Janjanian of Bosnia. Coyle found a home early and often for jabs and body shots. Janjanian tried to throw off Coyle by clowning around and waiving him in but didn’t succeed. Round after round, Coyle consistently peppered Janjanian with clean shots, forcing him to take a knee in the seventh. A knockout appeared imminent but Janjanian survived the round.

Before the start of the eighth, Janjanian’s corner notified the referee their fighter was unable to continue.

“Yama and Connor both impressed last night on the WBA KO Drugs card,” said their promoter, Jody Caliguire of Fire Fist Boxing Promotions. “Its well known throughout the sport that Yama’s been ready for any top fighter. We’ve received some promising calls the last few days and believe we’ll finally get the opportunity Yama’s been wanting the last five-plus years. Connor deserves credit as well for remaining calm against an experienced veteran who tried time and time again to throw him off. He laid a beating on Janjanian and is ready to step up for a big fight in 2023.”