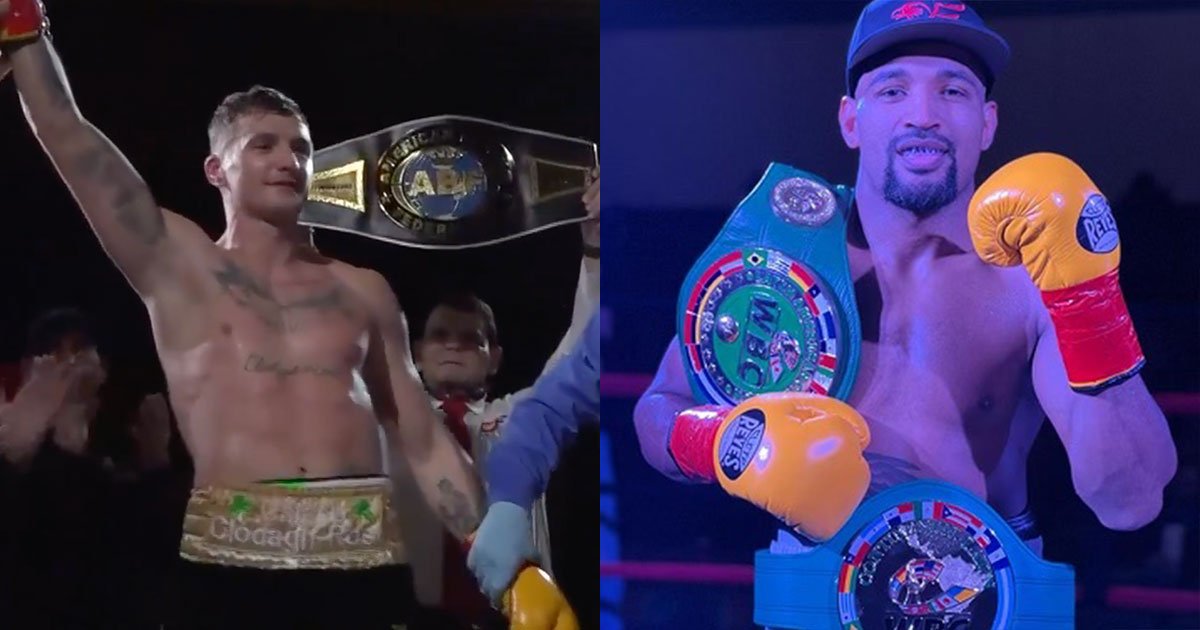 Fighting out of his signature southpaw stance, Falcao was aggressive from the opening bell. The 2012 Olympic Bronze medalist found a home early for his jab, hook and left cross. A minute into the second, Falcao hurt Farias with a crisp left uppercut that sent him reeling towards the ropes. Moments later, Falcao put Farias down for the count with a hard left hook.

In the co-featured bout of the evening, undefeated middleweight Connor “The Kid” Coyle of Derry, Northern Ireland kept his perfect record intact by stopping Rodrigo Rodrigues after five rounds.

Coyle, who had a significant height and reach advantage, backed Rodrigues up with many of his punches. Rodrigues looked to counter with left hooks and did land a few decent shots but it was mostly one way traffic. Coyle broke down Rodrigues with jabs and quick multi-punch combinations that shook the Brazilian up. Following a dominant fifth round where Rodrigues was battered and bloodied, his corner threw in the towel.

“I am very pleased with Yama and Connor’s performances,” said Jody Caliguire of Fire Fist Boxing Promotions. “Yama fought much more aggressively than in the past and that is something he was working on in camp. He’s a dangerous opponent for anybody in the 168 pound division. Connor did a great job of breaking his opponent down and fighting smart. We believe this is the year he’ll become top 15 middleweight in the world.”

Falcao returns to action March 26 at the Caribe Royal Resort in Orlando, FL. Coyle’s next bout will be announced shortly.

For more on Falcao and Coyle, visit Firefistboxing.net.