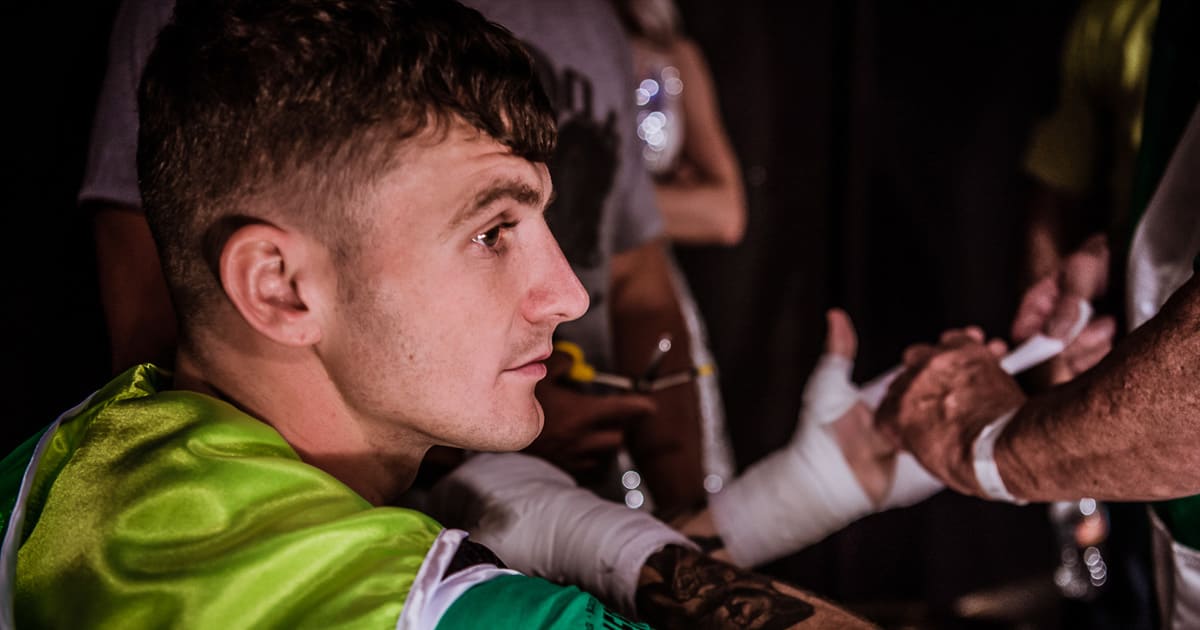 Tampa, FL (August 23, 2018) – Connor “The Kid” Coyle was forced to withdraw from his October 6 bout as part of Fire Fist Boxing Promotions’ “Night of Champions” card in St. Petersburg, FL.
During his training camp in Ireland, Coyle’s back begun to swell and cause pain. The unbeaten 28-year-old battled through the back problems and continued training. Unfortunately, the pain got worse and aggressively spread throughout his body. Coyle then checked into a local hospital. Doctors believe he has an inflammatory infection and ran a number of tests. In the interim, Coyle must refrain from training during the next 6 weeks.

“I’d like to sincerely apologize to my fans for being unable to compete,” said Coyle, who is 8-0 and coming off a dominant stoppage victory in June. “This is a bump in the road and I’ll be back more motivated to focus on another fight soon.”

Jody Caliguire of Fire Fist Boxing Promotions believes Coyle will come back strong when the time is right but is most concerned about his fighter’s current health.

“I feel terrible about this entire situation because Connor is like a son to me,” said Caliguire. “This is extremely unfortunate and Connor needs to get the proper rest to ensure his body is ready whenever he decides he’s healthy enough to return to training.”

Coyle was scheduled to headline for the ABF Continental Americas middleweight championship and a new main event will be announced shortly.