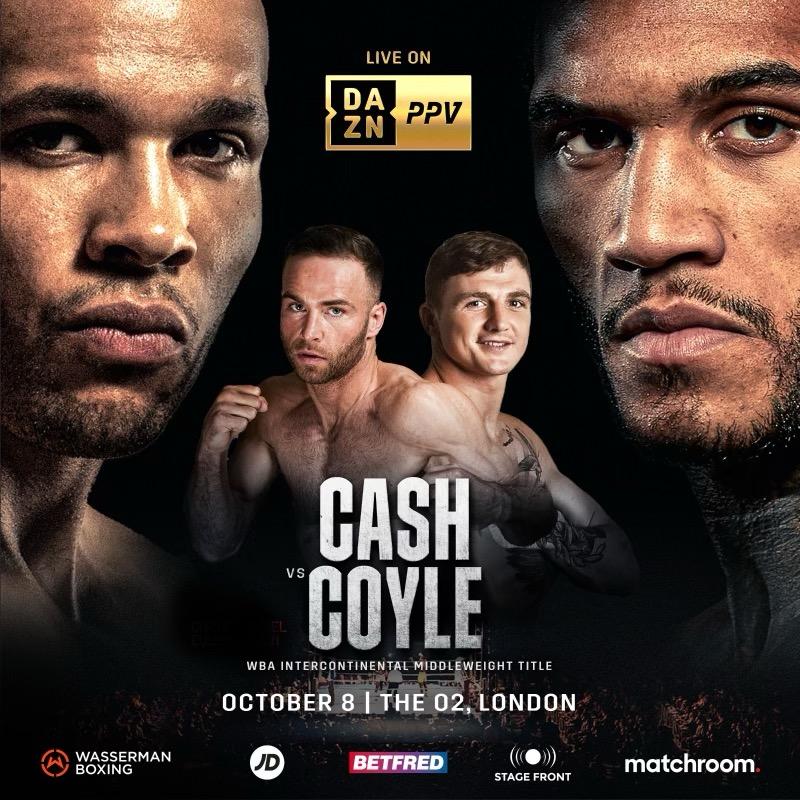 NABA middleweight champion Connor “The Kid” Coyle wrapped up training and is headed to London for his highly-anticipated October 8 showdown against Felix Cash at the O2 Arena.

Under the watchful eye of Florida Boxing Hall of Fame trainer Jim McLaughlin, Coyle started camp in early August, then fought September 17 in Tampa, FL, winning an eight round unanimous decision. Following his victory, Coyle returned to the gym and focused on the game plan to defeat Cash, who’s 15-0 with 10 knockouts.

“Felix is a skilled and highly rated fighter, so we’ve been working on specific things to get ready the moment we knew about this fight,” said Coyle, who owns a perfect 17-0 record with 7 KO’s. “I expect he’ll bring out the best of me because this is a huge fight. We’ve put a plan together that’ll work to our advantage and take my career to the next level.”

The 9th rated middleweight by the WBA, Coyle also faced an unexpected challenge from Mother Nature earlier this week when Hurricane Ian tore through Florida.

“I’d never seen a hurricane before because we don’t get storms like
this at home,” said Coyle, who is from Derry, Northern Ireland.
“There were trees that tore out of the ground and landed on houses a few doors down here in Pinellas Park, so we were very lucky to have no damage or any interruptions in training. My thoughts are with everybody in Florida impacted by Hurricane Ian.”

The ten round showdown will air live at 2 PM ET on DAZN and on DAZN PPV in England and Ireland. Coyle-Cash is the ten round co-main event to the grudge match between Chris Eubank Jr. and Connor Benn.

Dubbed as “Born Rivals,” the card is promoted by Matchroom Boxing and Wasserman Boxing.