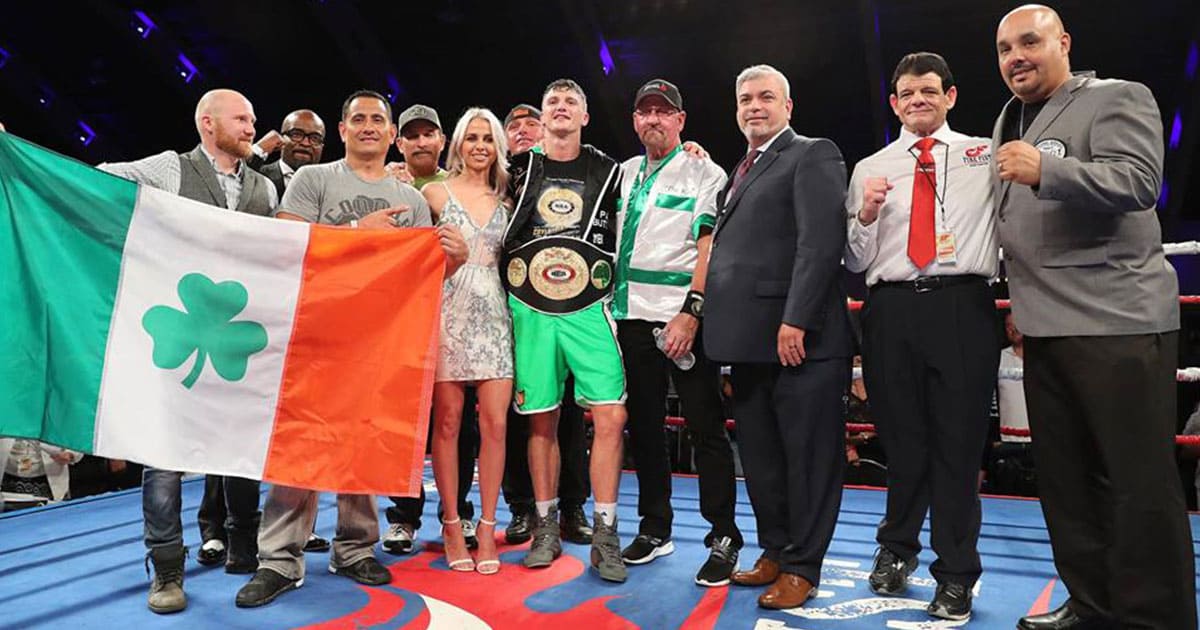 Coyle captures NBA title with sixth round stoppage of Pastrana

Fighting in front of a sold out crowd, both men looked to impose their will in the early going. Eventually, Coyle found his range and peppered Pastrana with jabs while using good movement to steer clear of return shots. With the fight under his control, Coyle buzzed Pastrana with a right hand in round six. Moments later, the 28-year-old uncorked a massive right hand that sent his Orlando, FL based foe crashing to the canvas.

The game Pastrana beat the 10 count but was clearly out of it, forcing the stoppage at 2:50.

Coyle, who hails from Derry, Northern Ireland but trains out of Tampa, FL, improves to 8-0 with 3 wins by knockout. Pastrana slips to 6-5 (1 KO).

In the co-featured bout of the evening, two-time Olympic medalist Ivan Dychko destroyed former title challenger Mike Marrone of Vero Beach, FL in in less than a round. Originally from Kazakhstan and now fighting out of Kissimmee, FL, Dychko scored three knockdowns before the bout was stopped at 2:19.

Grand Rapids, MI featherweight Vincent Jennings scored a shocking six round majority decision over local favorite Jose “Lil Pacquiao” Resendiz of St. Petersburg. In a battle between boxer and brawler, Jennings did all he could to keep the aggressive Resendiz, who also had to overcome a cut, on the outside. Judge Chris Young’s 57-57 tally was overruled by scorecards of 58-56 from both Efrian Lebron and Mike Ross.

“I am pleased with the card,” said Jody Caliguire of Fire Fist Boxing Promotions. “We were able to showcase a number of top fighters from the Sunshine State and had a great crowd. Connor looked fantastic and we believe the sky is the limit for him. Mark Reyes Jr. Is a great young talent as well and Ivan Dychko is a force to be reckoned with. I’d like to thank all the fighters and every fans who came out to show their support along with Money Round Boxing League for showing the fight worldwide via their website.

Fire Fist returns to the St. Pete Coliseum Saturday, October 6 and details will be available shortly.