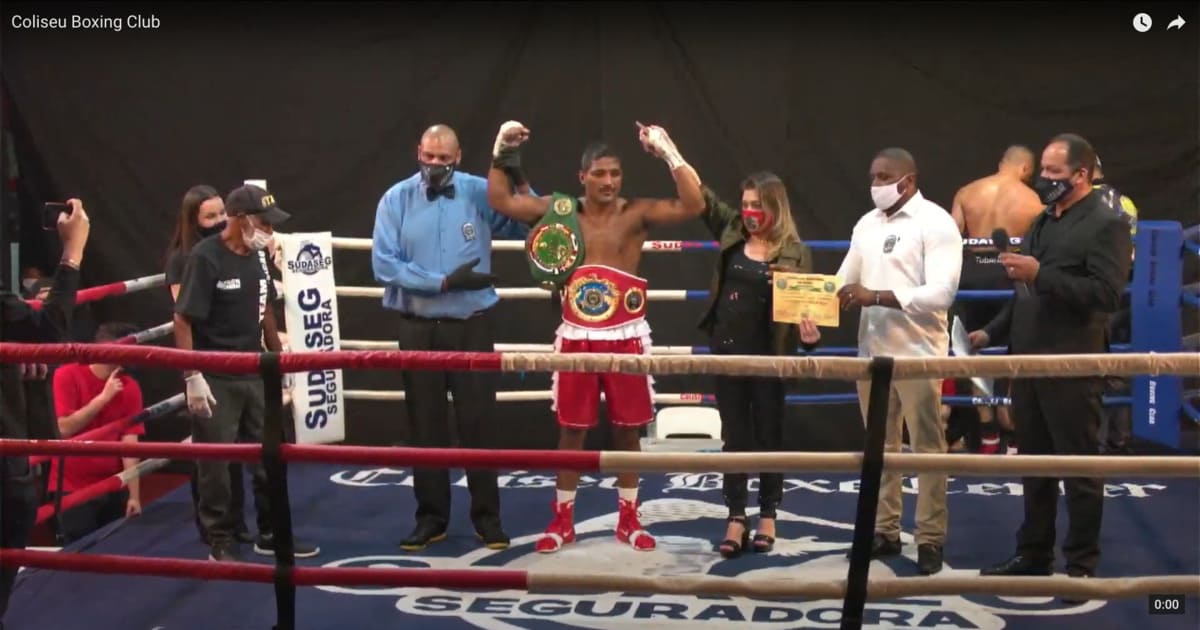 Main Event: Yamaguchi Falcao
Falcao battered and knocked down his opponent 4 times in the first round of the scheduled 10 round Brazil Cruiserweight 168Title fight.
As the battered opponent could not get up during the 8 counts and Knockout was scored.
Yama turns right around for the Main event action next month August 21 in São Paulo Brazil 🇧🇷.
He will battle for 3 Championship belts on the same night.
Super Middleweight titles.